The Three Faces of Joce...

When I woke up to get ready for work Monday night, I scared the bejeebus out of me!
I was brushing me teeth, glanced in the mirror was like What?!?!? 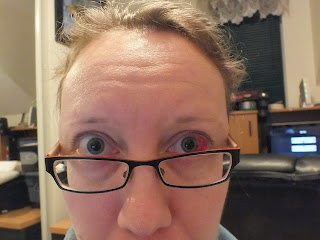 Then I was a little scared because I have no idea how this came about, 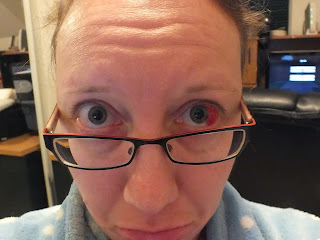 Then I was angry because this eye would have come in handy for my Halloween costume! 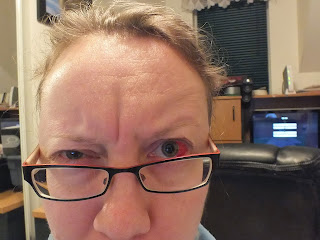 Maybe the eye thing came about because I am stressing about whether I will have enough yarn to finish off this pair of socks. 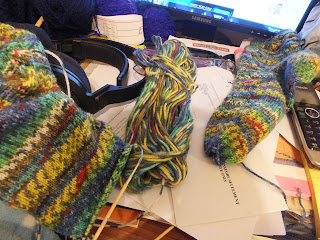 All I know is that my eye does not hurt, my vision is not affected and I have become somewhat of a conversation starter today in my travels.
I think it is time to call it a night. While Hubs is using the snow blower to clear the driveway, I have an episode of Agents of Shield to watch. I am super excited as well because Stan "The Man" Lee is a guest star!!!!

Night everyone.
Posted by Jocelynn at 8:13 PM No comments: Links to this post

The Truth is Out There

I have been watching a lot of sci-fi programs lately. Mainly Ancient Aliens.
I like the idea that there are other life forms in distant galaxies. Why should humans be the only living creatures in the vast existence.
I know I am not the only one that thinks along these lines because we have all of the movies, paintings, documentaries, television programs and comics that fuel our imaginations.
Remember X-Files? 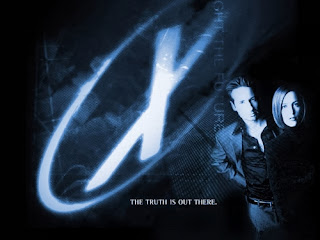 That was pretty popular.
Gillian Anderson is still a widely sought celebrity for panels at comic conventions.
Comic Books have been supporting alien theories in every company from the Green Lantern, Superman, Martian Manhunter, Transformers, and so on and so on.
People love this concept.
That is why I started reading comic books in the first place. For the most part, the stories are amazing. Most of the creative plot lines came along well before all of these superheros became mainstream and franchise moguls.
Which reminds me, let me show you my latest acquisition: 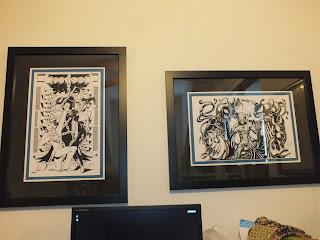 In another lifetime, I purchased these prints at a Toronto Comic Convention. I had finally found the time and money to have them framed properly. Now I have them hanging above my computer so I can look at them whenever I want!

It hasn't only been ancient aliens and comic books. I have also been knitting up a storm with two of my constant companions. 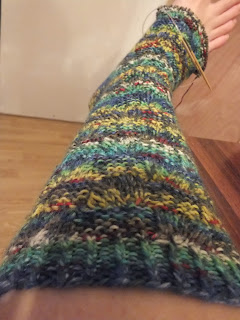 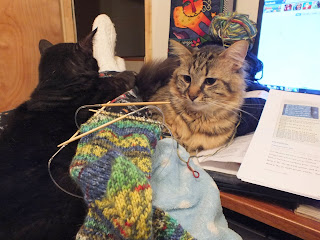 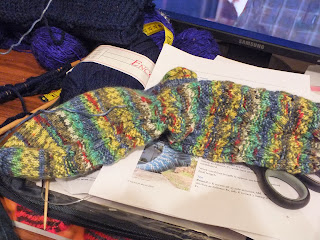 One down, one to go!
Posted by Jocelynn at 1:21 PM No comments: Links to this post