How You Tease Us Mother Nature

It was a beautiful day yesterday. The sort that motivates you to get outside and do something.
That is just what Jackie and I did!
We went for a lovely walk and smelled each and every blade of grass, rock, twig, suspicious looking paper and clump of snow. Jackie, not me. I just waited patiently for her to do her investigation because as it was Sunday, we were in no hurry.

When we arrived home, we decided to start planting a few items.
First on the list is, what I believe is an oak seed. 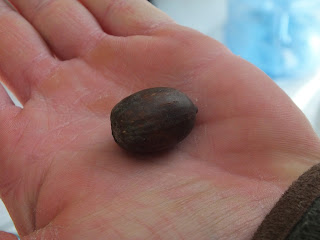 I think it would be a nice thought to say that we knew that tree when it was just a thought.

Jackie helped Hubs with a bit of gardening. 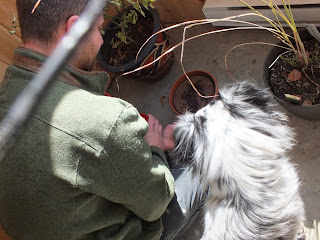 I like the idea of my little garden in pots because we can then move them to sun as needed. This is especially helpful because our neighbours have some rather large trees.

I finished the project I was test knitting while binge watching How To Get Away With Murder. Wow! I did not anticipate that ending at all!

Now I am able to concentrate fully on my other little projects. 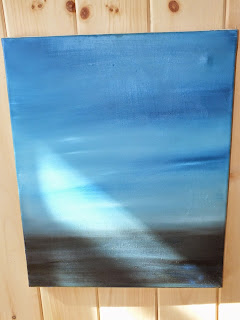 This is only the first layer. It will look completely different when it is finished. 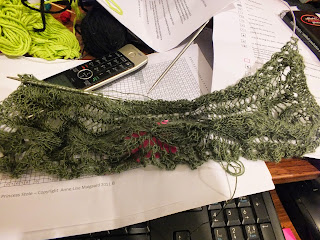 Since we woke up to a bit of snow this morning, we are having a lazy morning.
Well, most of us.
Napoleon has been very busy destructive. 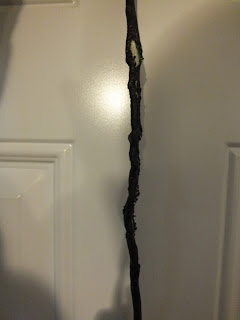 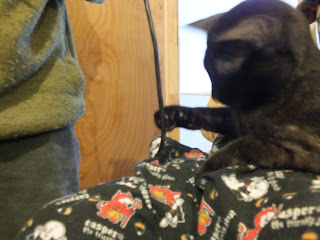 Every since Napoleon was a kitten, he has had this compulsion to chew wires. I was so thrilled when I discovered that entertainment systems like Playstation made wireless controllers.

Jackie has also been in a destructive mood and amputated her dolls limbs. 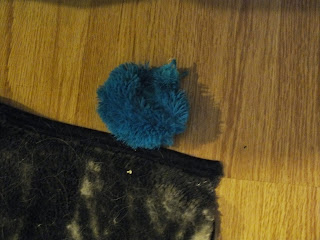 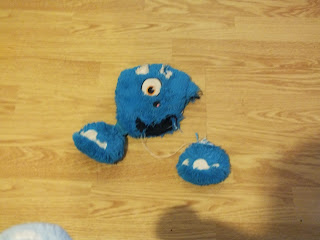 I ended up sharing the bed with that foot last night.

I'm off to put the laundry in the dryer so I will have clothes to wear to work tonight.
Have a good day everyone!
Posted by Jocelynn at 9:25 AM No comments: Links to this post