I have been loving my holidays. I wake up whenever and do whatever. I love it!
Yesterday, I went to my Mom's. I gave my step father his vest. He loved it by the way. He wondered if I could put in snaps. Nope. No snaps. Have to settle for a plain old zipper. I didn't get the chance to sew it in. Mom said she would like to. She likes that part of the task, just not making the actually task. Works for me.

We sat out in their backyard. I wondered what on earth that was: 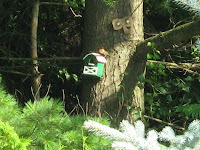 It is to ward off evil large birds from attacking Buddy. Apparently, he has had many close calls with large hawks.

And here is Buddy stalking some poor creatures: 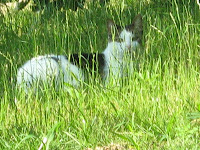 Who remained on the fence, watching Buddy stalk them. 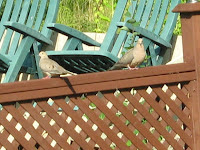 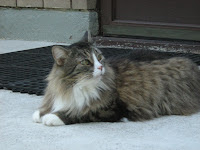 And the cycle continues....


Today I visited with my friend and went into Toronto. We had a fabulous time. We ate at this restaurant right on Harbour front. For the life of me I can't recall the name. Food was excellent. The best was sitting on the patio watching all the people and boats go by.

I had no idea there was this air strip there. When the planes land, it sounds like thunder claps. Very cool to see them swoop so close to the water and touch down. 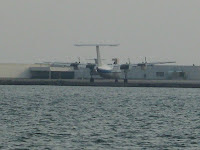 There were also these young guys skateboarding. One did not have that great a day. His board ended up in Lake Ontario. 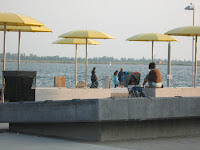 What a cool day. I love taking pictures of anything. I like to just shoot and not worry about what I get in the picture. So here I leave you with some things I saw in the city today: 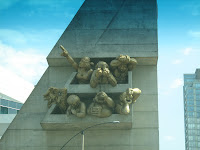 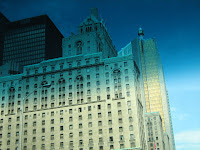 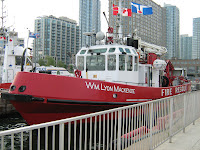 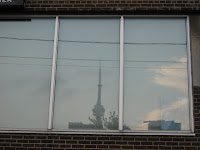 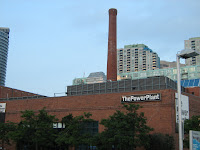 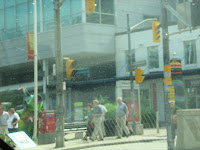 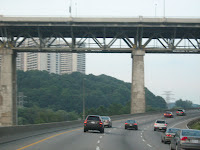 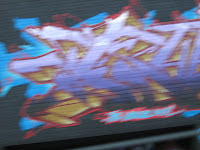 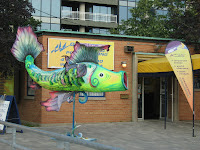 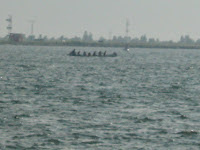 According the boys, it is bedtime. 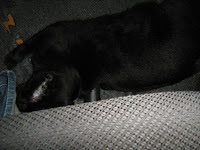 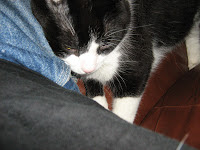 I am off to explore the wonders of the Internet. Talk with you later. Night. :D
Posted by Jocelynn at 12:39 AM No comments: Links to this post

Or at least, almost mine. I have almost completed my sweater vest for my dad. It is a fancy little number in standard issue blue for men. God forbid you should introduce them to more colours. All that remains is sewing the zipper. I have to wait until I arrive at my Mom's for this. I just simply cannot look at this project anymore. I am really pleased with the results. I am just tired. There were a lot of hours that went into this garment because I found it was just not right. 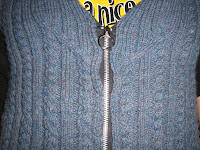 Hubby proudly modeled it for me so I could take some pictures of it.

It is a snug fit on hubby, but it will be a perfect for my dad. 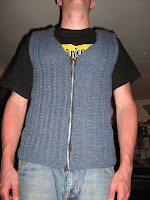 Brian (a.k.a. Brian) went to the market yesterday morning and look what he stumbled upon: 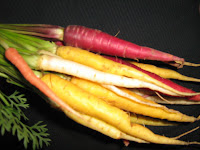 I had never seen red or white carrots until they made an appearance in my kitchen. I think they are really awesome and worthy of a painted dedication.

Napoleon was sneaky, and tried to stowaway in the environment friendly market bag. (also known as my work in progress bag). 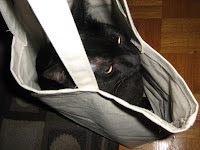 Rebel just cannot fathom why Napoleon would ever want to leave the safety of our home. 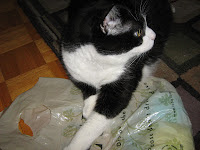 I also have this little tune trapped in my head from the movie Southland Tales:

Ha ha ha<<<< evil laughter. Now you too will have this tune stuck in your mind. :)

I'm off to gather up my things for my road trip to mom's. I trust all is well with you?
Have a great day!
Posted by Jocelynn at 2:04 AM 2 comments: Links to this post