Some More of This with a Side of That

I hope wherever you may be that you are all happy and healthy. I have been enjoying the change of the seasons and a little hiatus.
There are quite a few projects on the go. With the start of all these new television shows and to the addition of Netflix! my knitting is taking center stage once again. I have been so wrapped up and just enjoying the process, I forget to take photos of my work.
These are some that I did remember to photograph:
These are sock from Knit Picks, Artful Arches 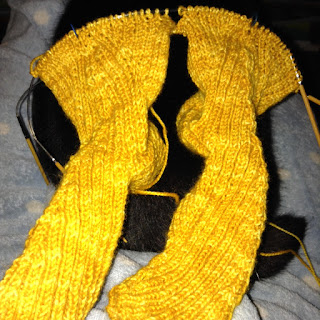 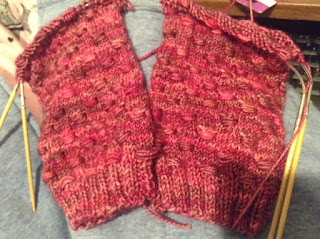 I worked on them during the hockey games on Saturday nights. I must remember to to show you the completed pairs.

With all of the socks I have knit, I have quite the collection of scraps left over. I found this pattern called, Ten Stitch Blanket. 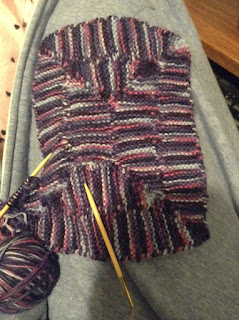 It is perfect for watch shows with heavy plot lines!

I ventured into Michael's looking for a few art supplies and could not resist this cute little bundle. 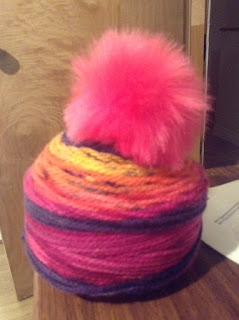 The pom pom did me in. I do not usually knit toques with pom pom's. I decided to make an exception for this one.

I have also been busy painting.
These are a few that I am working on: 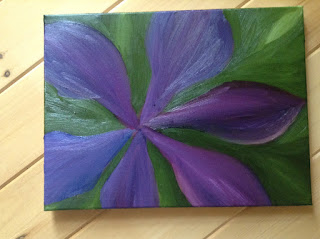 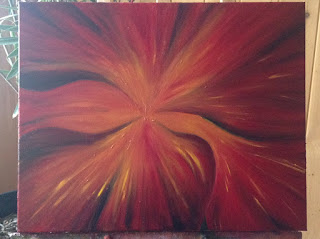 They are both oil on canvas. I might go a little abstract with these.

I have completed a few watercolours as well:
This was a feather I discovered in my travels with Jackie, 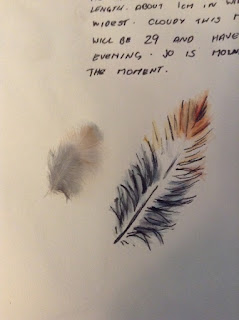 The Forest is based on an image I saw on Unsplash 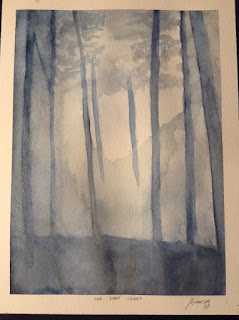 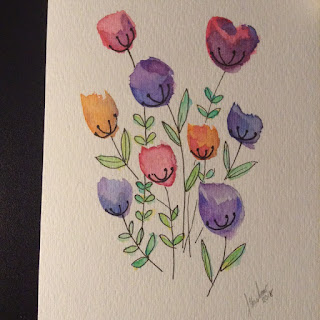 My favourite holiday was a pleasant surprise.
I honestly thought that Hallowe'en this year would be low key this year due to all the rain that was to be foretasted.
I am pleased to say I was wrong.
We carved our Jack-O-Laterns the night before. 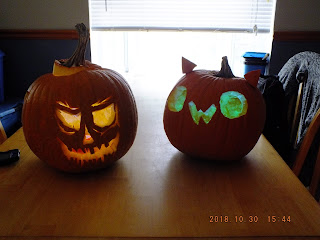 Rorschach was quite confused. 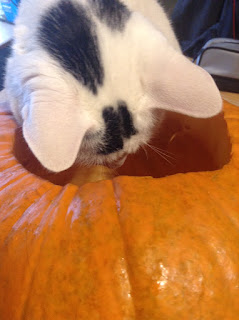 I had brought the pumpkins inside so that when we carved them, they would not be so cold to the touch. He sat next them most of the day. When we started to hack away, he looked at us like we were complete monsters. All was forgiven when he made off with a piece of pumpkin that had fallen onto the floor.
I dressed in my go-to outfit and did my very best at make-up with the thought that there would not be that many trick or treators: 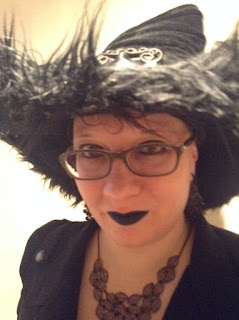 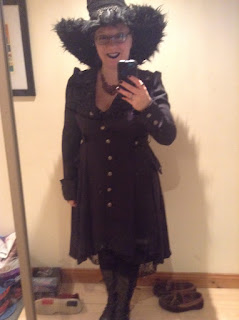 Surprisingly, we had a lot of Trick or Treators!
They began arriving just after 16h00. The little monsters, princesses and super heroes were all so delighted to see me and I of course them! We complemented each other on our outfits and had a wonderful night!
Jo helped to shell out and keep Jackie occupied. Rorschach remained well hidden upstairs and did not emerge until well after 22h00. Napoleon and Tom sat in the window and watched the parade of visitors from a safe vantage point.
Now everything is packed away and ready for next year.

Last but not least, Jackie is starting to enjoy her mani-pedi.
We were having such a difficult time trimming her nails. She was never hurt and we are always so careful but, Jackie just not like her nails trimmed!
Jo found a solution that makes it easier for both.
He sewed a harness that is suspended from the ceiling on a series of pulleys. It is made from an old soft blanket and some broom handles.
Leg holes were cut out and reinforced with zig zag stitching.
Jackie is suspended high enough that Jo no longer experiences back pain. Her line of sight is obstructed so she cannot really see what is happening thus lessening the anxiety.
Photos would be better to explain: 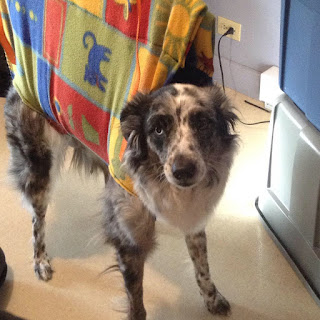 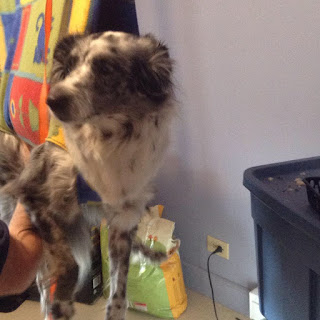 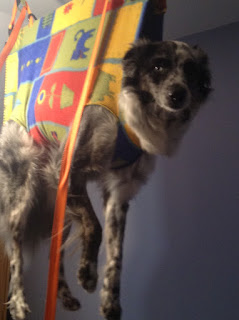 After everything is trimmed and filed, Jackie receives her treat. She has started to anticipate the steps and actually walks into the harness without barely any coaxing from Jo.

I think that about sums up my little adventures. Until next time!

Posted by Jocelynn at 8:42 PM No comments: Links to this post