It's a Bit Weird Over Here

That is the only sentence that really fits.
We have all had a very odd week. I still look to certain spots where Rebel used to like to chill. I can almost hear that very distinct meow.
It sounded as if he was saying Mom. The 'O' was more of an aaw sound. Imagined the way Fran Drescher's character used to speak on the sitcom The Nanny.
Napoleon still looks for his older brother. That is the hardest part to deal with because you cannot really explain to a cat where his brother has gone.
We spend a lot of time cuddling. 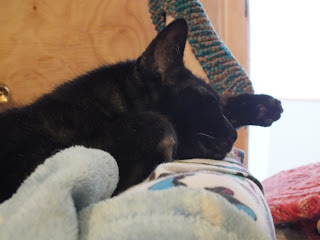 It helps us both get by.

I did a little painting this past week. 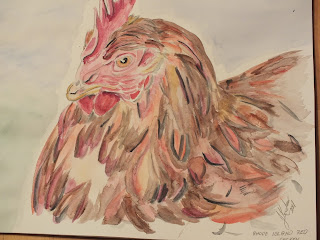 It is a watercolour titled, Red Rhode Island Hen. It is based on a photograph I took a few summers ago of my mother-in-law's chickens. Those little characters are quite interesting to watch. They follow mom around like she is the Pied Piper of Chickens.

I have also been knitting.
Mostly socks.
I completed a test knit of which I am really proud, at the moment called, Branchiocaris. 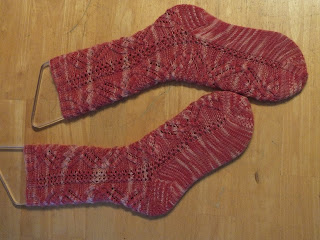 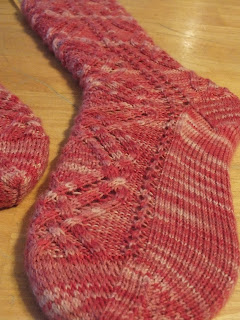 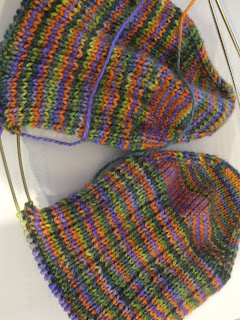 I love the yarn I am using. I wish I could locate the band label. For the life of me I cannot recall the name or even the type of material used.

Jackie has been great company, though a bit mischievous.
She assisted with laundry the other day..... 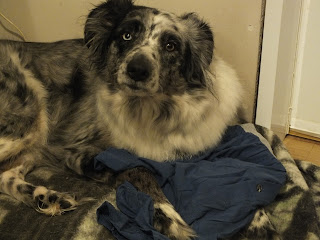 After laundry was complete, we needed to recuperate. 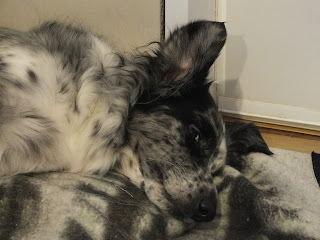 It is a bit too chilly to venture out this morning. We are going to rest inside and binge watch Sherlock.
I hope you are all well.
Talk with you later.
Posted by Jocelynn at 11:21 AM No comments: Links to this post