Hubs has that personality where he just cannot sit still.
Me? I have a drink, a book or some sort of project like knitting or cross stitch, and I am good for an afternoon.
The other day we were sitting on the back deck, I was knitting, 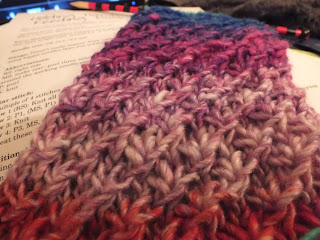 and Hubs is staring at the random stones that make up the walkway. 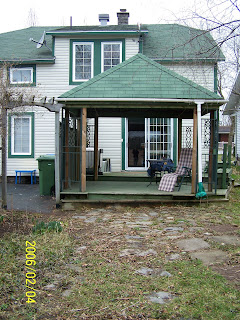 This picture was taken last year around March.

Hubs gets off his chair, finds his shovel and starts uncovering the rocks. 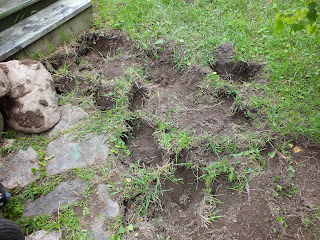 It turns the previous owner had actually buried boulders to make up his walkway. He chose the flattest side of the rock and only exposed that portion. 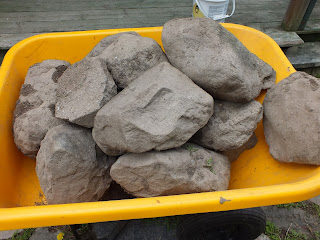 Hubs and the Little man dug up all the boulders,
Used the Roto-tiler to flatten out the giant holes, 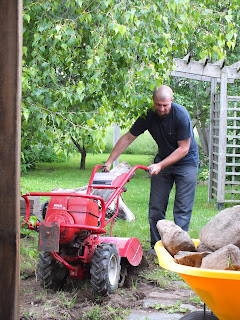 Then seeded the ground. 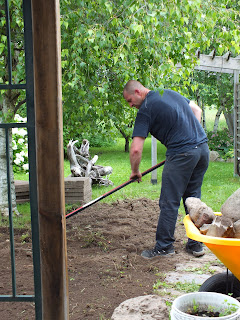 During this process he found a garden tool buried under all those rocks. 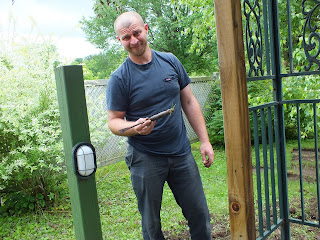 I am not sure of the proper name for this tool. 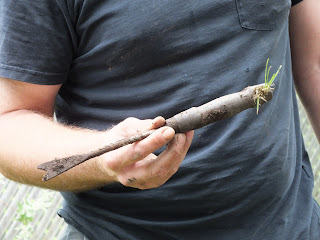 I've used it to dig out Dandelions.

Now for the fun part.
What sort of walkway will replace the giant boulders.
I would love for the walkway to have an interesting pattern and stretch from the lowest stop on the back deck to the garden trellis that acts as an entrance to the back of the property.
Off to Pinterest I go!
Catch you all later.
Posted by Jocelynn at 1:28 PM No comments: Links to this post