Look what I received in the mail today:

This skein is based on the television show, The Walking Dead. 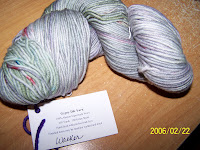 ...and this one I selected because I did not have any "plain" coloured yarn. 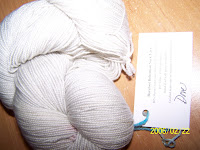 Both skeins are from the creative mind of Bohemia Fibers. One look at this shop and my control to stop buying yarn went over the cliff.

Now I am anxiously waiting for my Knitting Dead club yarns to arrive....which should be soonish?

I'm off to play Castleville before we settle in to watch a few shows tonight. Hope you are all having as much fun as I am tonight! :D


Posted by Jocelynn at 8:28 PM No comments: Links to this post

Prepping for a Zombie Apocalypse

There is a group on Ravelry that I have recently joined, tying into the television show, The Walking Dead. I may have mentioned this program on this blog a few times. If I have, forgive me. It is just such an awesome show. I am actually experiencing withdrawal. The good news is that I am not alone. A lot of other people are also eagerly anticipating the next season of The Walking Dead. To help pass the time, A knit-a-long group has been created with the goal to prepare for a Zombie apocalypse. It is rather reassuring to know that I am not the only one who wonders what would happen should this actually take place. :P
So far I have completed Zombie Killer Slouch. This was a very quick knit to help get me into the swing of the KAL. 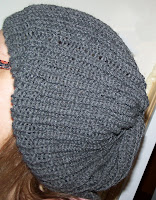 I have also just finished tackling a project called, Vlad
It is a lace shawl pattern that moved surprisingly well. I would however, not recommend drinking and knitting at the same time. There was a lot of do-overs. Counting can be rather difficult when you reward yourself with a drink at the end of each row. The rows start to get a lot shorter. All that is required now is to block the hell out of it. 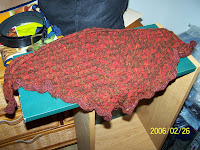 While finishing up with Pretty Little Liars, I cast on Monk's Travel Satchel with apparently questionable fiber content. 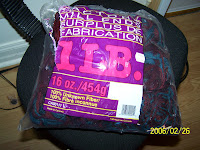 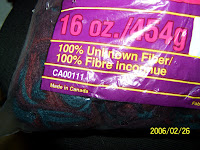 Since The Walking Dead has finished for the season along with Alcatraz, I have managed to get sucked into Pretty Little Liars. Who knew a teen drama could be so addicting. It is a great show to knit with in that I don't have to be so focused on the program to keep up with the story line.
Looking into my television programming, it looks like The Killing has recommenced.
Hmmmm. Re-reading what I just wrote. I watch a lot of television. I'm good with that. It is the only time I can knit and draw.

I have also finally finished my Skull and Crossbones stockings. 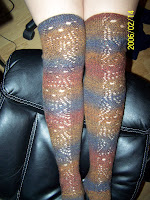 They stay where they are supposed to as well!

That will do for now. When I have made progress on my Satchel, I'll be sure to post more pictures.
Enjoy the last of your Monday!
Posted by Jocelynn at 8:16 PM No comments: Links to this post