Today is my day off.
To celebrate a day with fluffy clouds in a blue sky, Jackie and I decided to walk around the nature trail. 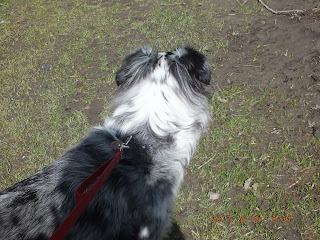 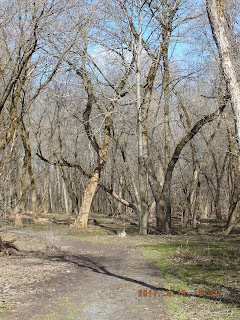 We drive over to the trail because to walk over, around the trail and then home again, would be a bit much for us.
We will be able to do that feat a little later in the season.
As soon as Jackie realizes where we are going, she starts bouncing up and down on the seat.
I have to get a video of that somehow so I can show you.

Along the trail, it is still rather barren of leaves. This makes it easier for us to a little bird watching. 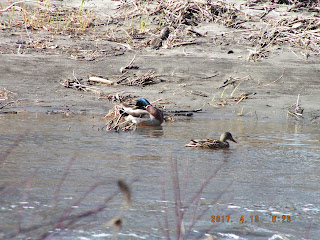 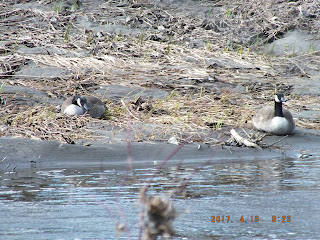 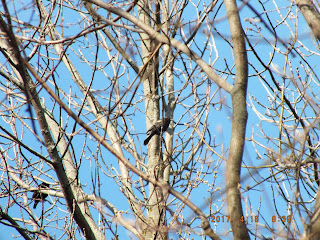 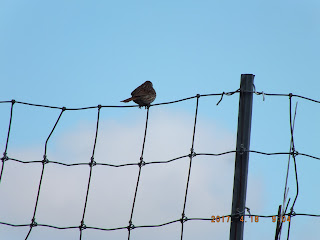 When we arrived back home, we decided to check out the garden.
To my surprise, quite a few things are starting to make an appearance. 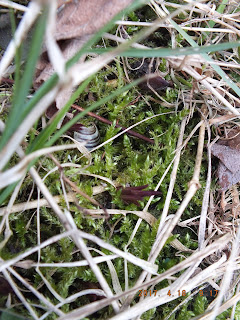 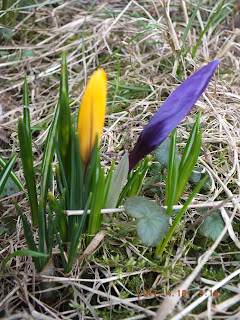 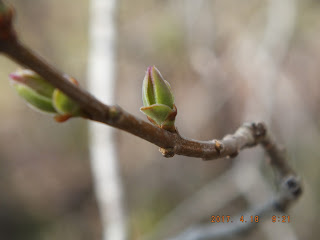 As well, my super special lily is growing in our front garden! 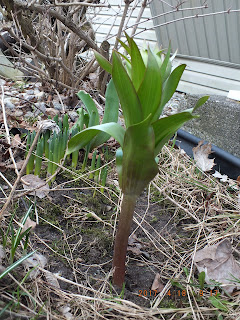 Now, the big deal about this particular plant is that I have never actually seen it bloom.
The first year, those pesky lily eating beetles devoured it.
The second year, frost and snow killed it.
Maybe this year will be our year!

After all the outside time this morning,
it is time to just sit back,
watch a few shows,
knit on my socks 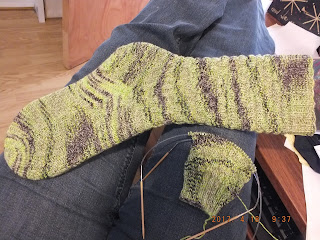 and take a nap. 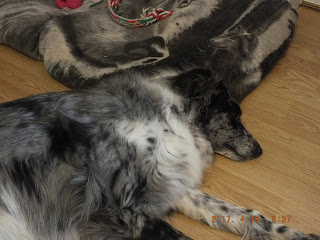 Hope your day is going just as well!
Talk with you later. :)

Posted by Jocelynn at 1:24 PM No comments: Links to this post