My Breakdown socks are complete and shipped to who I hope will be a very happy wearer.
Is that a word? 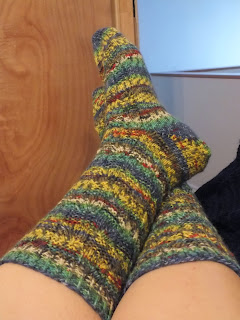 I made some excellent progress on Hubs' sweater: 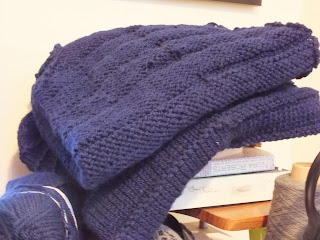 My new transportable project are a pair of socks from the Op-Art Sock book by Stephanie Van Der Linden, Fibonacci. 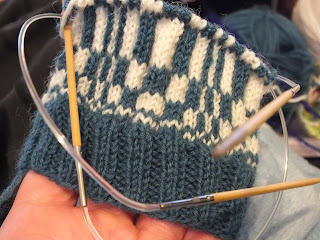 This is what I have been listening to as I do all this knitting,

Posted by Jocelynn at 12:06 PM No comments: Links to this post

So......
I created something pretty cool in my kitchen the other day.
For once, I actually photographed all of the steps I took instead of just before and after shots.
I have been reading on various blogs and Facebook about breakfast snacks.
I thought to myself, well hell! I can do that!
I had some extra dough left over from an apple pie I made, 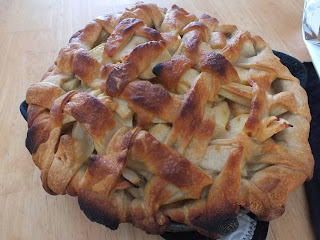 So I rolled that out, 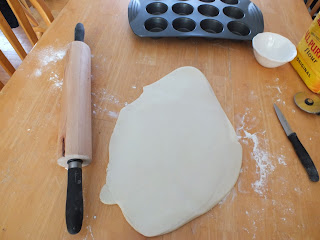 I cheated. This is stuff I purchased from the grocery store.

Then I cut out circles with a cup and fitted them into a muffin tray. 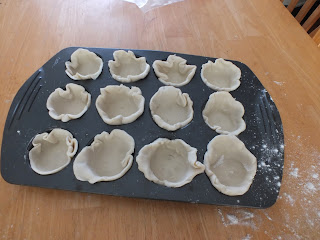 The goodness that fills up those little cups are the following:
Eggs! 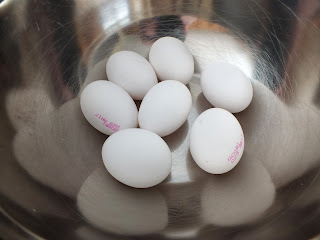 Bacon because everything tastes better with bacon! 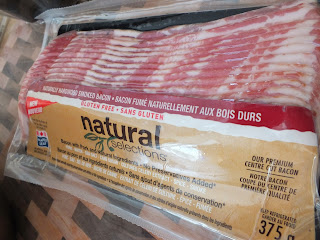 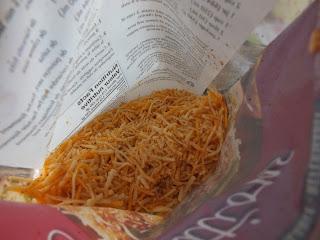 The bag labelled that taco cheese. I say it goes with everything. 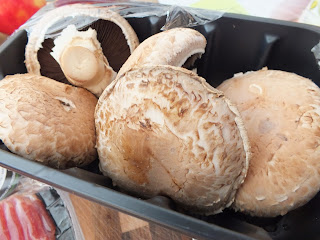 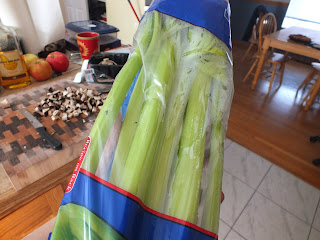 Might as well add that in there as well.

So, first I scramble up my eggs,
add in my super secret ingredient, 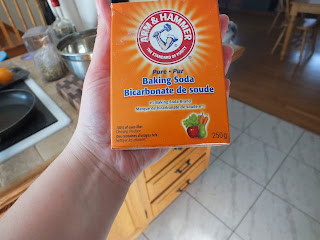 Not so secret anymore.
I mix in some cream and the cheese in my egg mixture, and while I am doing that, I have heated up my fry pan.
I have chopped up my bacon and put that into the pan.
Then I chop up my celery and mushrooms. When the bacon is cooked, I toss in the veggies. 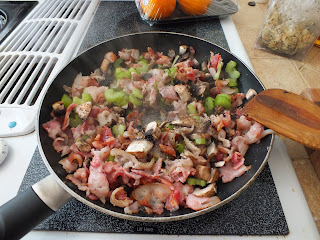 When that is all fried up, I add it to the egg mixture, 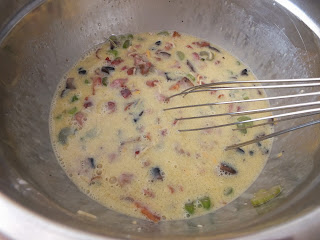 Then I attempt to carefully spoon that mixture into my pastry cups. Note the key word, attempt. 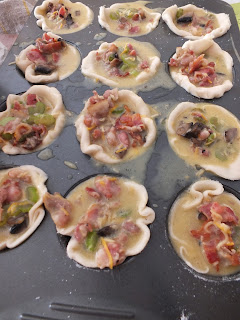 Then they get popped into the oven until they look done. 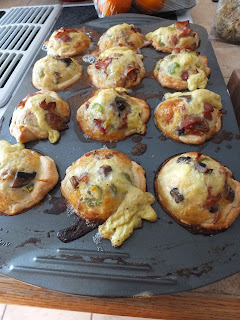 I was surprised at how they puffed up. That must be the baking soda.

At this point, I must say that muffin tin is the best thing ever. It is a Westin brand I purchased ages ago at a Walmart. No matter how messy it gets, I can always get the goodies out of the tin with hardly any trouble. Which is great. I am a very messy kitchen person. 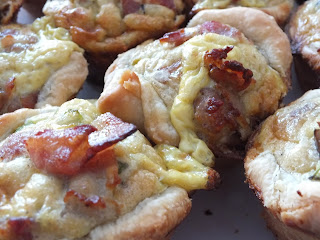 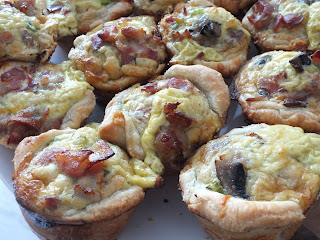 Posted by Jocelynn at 11:55 AM No comments: Links to this post