We have had some very chilly weather this week. The skies have looked like something out of a movie, all dark and brooding. 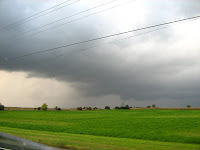 Tonight however, was an awesome picture. 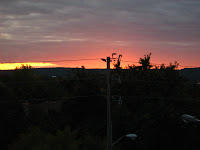 Since it was so chilly, we decided to stay in. I worked diligently on my Ziggy socks: 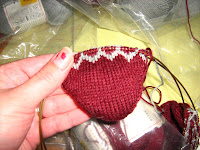 I have had to import the Baggy System because the strands get very tangled otherwise: 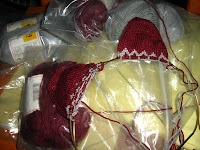 and Husband played Gods of War on PS2. 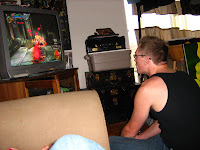 Napoleon was close by to supervise. 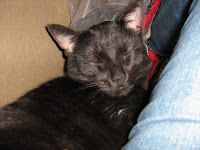 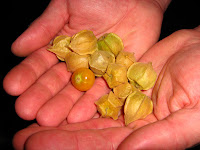 Ground cherries. They are amazing. You peel back the paper covering and inside is a very tasty little treat.

I've been listening to the radio a lot lately on my way into work. I'm very glad I started. There is a ton of new music out on the shelves. I picked up these on my outing today: 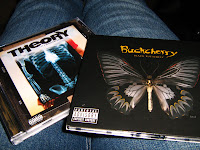 Next time, I will be looking for the Metallica, Econoline Crush, ACDC and Guns 'N Roses. I loved this group when I was in school. I have heard a few tracks and was quite happy and curious if they sound any different from how I remember them.


Well, I guess that is all my news for now. I am off to work on Ziggy for a bit before I decide to go to sleep. Have a great Sunday everyone!
Posted by Jocelynn at 11:28 PM 1 comment: Links to this post

It would appear I owe my printer an apology. In return, I shall speak sternly with my media player. Apparently, that is where my dispute lies. I was finally able to extract my pictures from the memory card.
Here is the snack I was looking forward to: 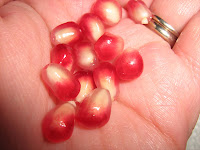 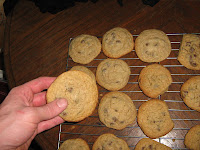 Awesome cookies baked by the half naked man in the kitchen: 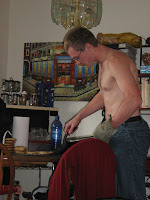 It was snack time for everyone: 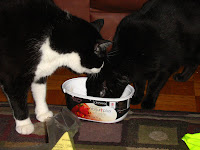 Napoleon enjoyed some ice cream and Rebel tried to absorb the tasty treat through osmosis.
I don't understand the logic either. 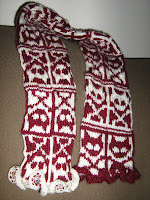 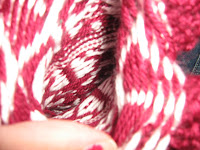 I can't believe how long I had that one on the needles. I feel a very good sense of accomplishment.

Tonight was great.
I enjoyed some Laura Croft. 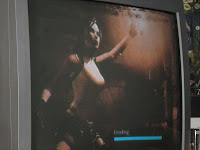 I love how the story moves along in this game. The mode I am playing in also does not require me to jump and shoot at the same time......for the most part anyway.

We were finally given the return of Dexter. I love this show. This season will prove to be as good as last I'm sure. They have introduced some new characters and a great sub plot is in the making. I won't spoil it for you. It's difficult, but I will behave.
Speaking of good television.....
Has anyone heard anything about the series Sanctuary that will start on Friday? It is on the Movie Network. It looks like a witch and vampire type of series. I have marked it down on a post-it note so I won't forget to watch.
Hope the start of the week is pain free for you all. I'm not really sure how mine will shape. I guess I will just have to go with it.
Have a good night everyone.
Posted by Jocelynn at 11:10 PM No comments: Links to this post