You cannot sleep because the shifts are work are just totally messing with your system.
What do you do?
Apparently I bake and vacuum.
The Hubs sleeps like a rock. Not like I will wake him up unless I light off a firework under his pillow.
The little man was at his Mom's.
I finished watching the first season of Game of Thrones.
Then I had a craving for banana bread.
Not just any banana bread.
Special 03h00 banana bread.
No. I did not have access to weed.
I did however have access to Nutella.
This stuff turned out awesome!!
I used a recipe called Nutella Swirled Banana Bread.
It actually came pretty close to the picture. 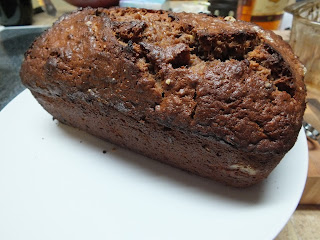 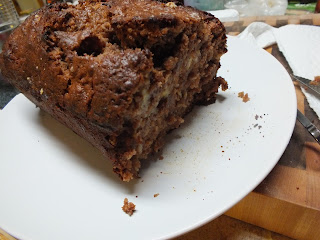 Hmmmmm
Wonder what else I can do with Nutella?
Posted by Jocelynn at 10:43 PM No comments: Links to this post