This past week has been a bit of a challenge to say the least.
Hubs has had on and off for a the better part of a couple of months, pain in his shoulder.
Well, finally it reached the point where he just could not take any more. For him to get to this level of pain is unheard of. He just is not one to complain, ever, about any sort of discomfort.
So let the adventure begin.
We drove to the emergency room in the next town over. The whole time Hubs is just doubled over, almost crying. To see this is very unsettling, scary is probably a better word. I felt so helpless because there is nothing I can do but drive him to somewhere there is help.
I must say, once we arrived at the hospital, the staff were great. They immediately gave him something to stop the spasms. After the muscles in his shoulder quieted down, they took him for x rays. Those drugs are powerful. They knocked him on his butt in no time. If I wasn't standing in front of him, he would have done an epic face plant to the tiles.
After about six hours, we learned that his has had some serious stress to his trapezoids muscle. That is the one that runs from your neck across your shoulder and covers your shoulder blade. He will be off work for a little while until he can heal. Lots of sleep and quite the assortment of medication to help him on the road to recovery.

Yesterday was Comiccon in Montreal for Jacob and I!
It was weird just the two of us going, but it is much better for Hubs to stay home and rest. We did have a great time!
It was very overcast with periods of rain, but not a worry for us! 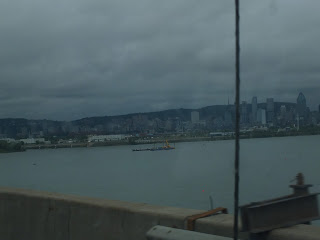 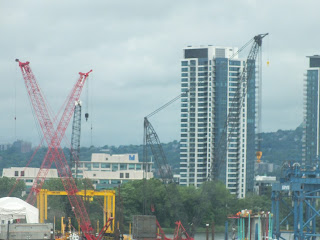 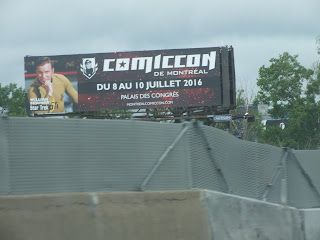 There were lot of interesting characters and cosplayers that did such a great job! 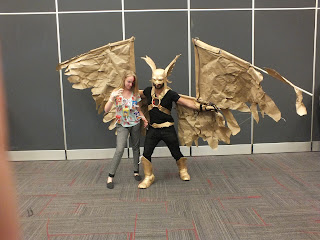 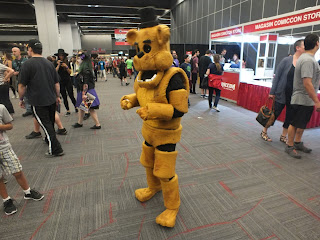 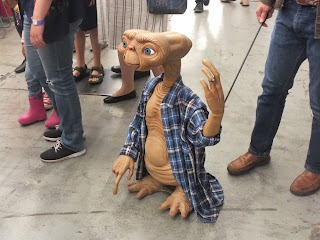 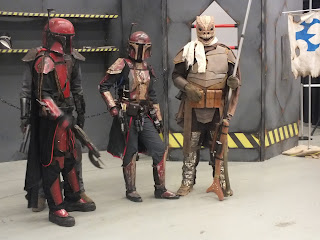 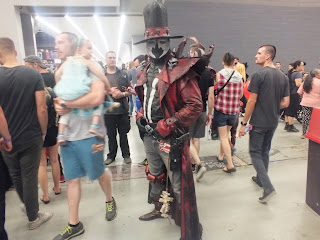 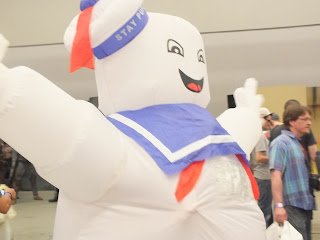 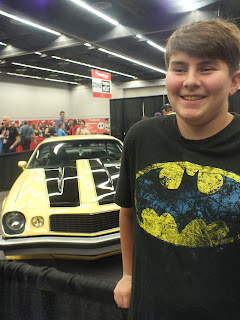 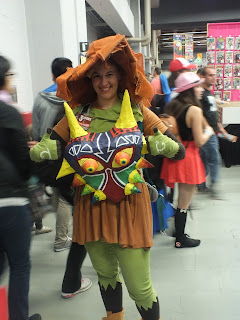 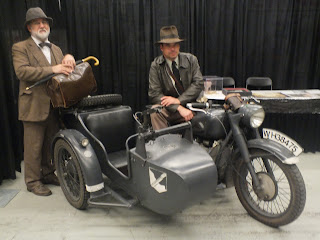 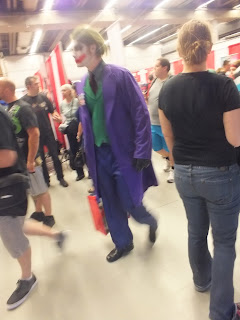 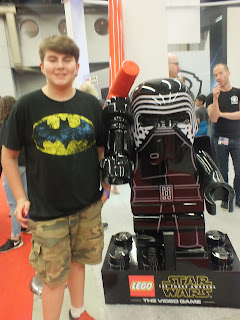 All that walking around made us very hungry! 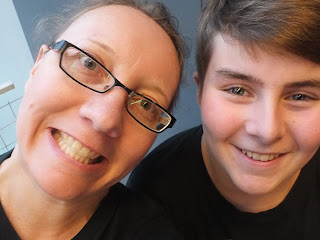 So we had a great lunch up in the cafeteria 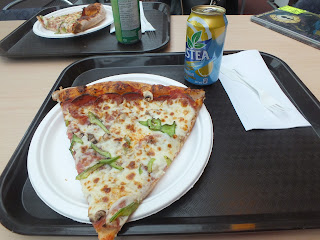 We walked around a little more, 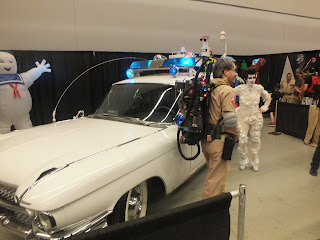 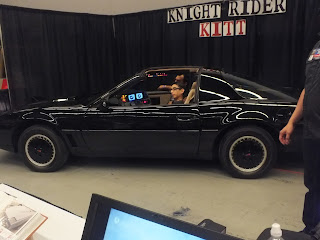 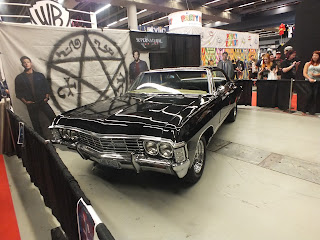 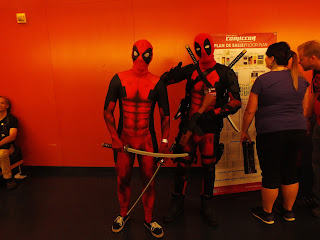 Picked up a few souvenirs and it was time to head home! 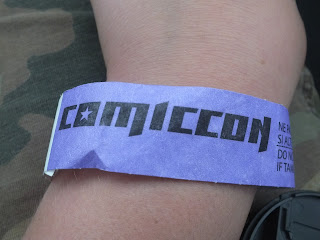 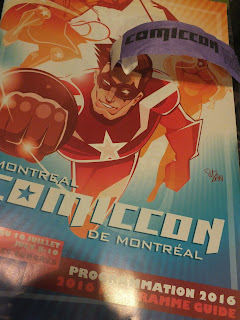 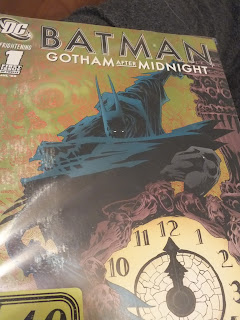 That was my week end in a nutshell.
I hope you are all well.
Happy Sunday everybody.
Posted by Jocelynn at 6:35 AM No comments: Links to this post