For some reason my Pinterest and Facebook feeds seem to inundated with wedding stuff. They keep showing me these big, fairy tale, happily every after weddings. My thoughts about that subject were always that is well and good for that day but, what about the rest of the marriage?
I think a lot of people plan on this spectacular dream wedding. There is an industry dedicated to the event. my secret television addiction is to binge watch Say Yes to the Dress. I don't think there is anything wrong with having the wedding of your dreams. I just wonder about the rest of your life.
I was married once. Right from the start, it was something that should not have happened.
I felt pressured.
I was told, by a certain magical age, you should have a boyfriend by now. There must something wrong with you if by now you do not have a boyfriend.
Then, what is wrong that you are not married now? All your other friends are married.
Then someone came along and started to pay attention to me.
Family members were relieved. At last she is finally at that stage in life she should have reached years ago.
And he is tall. Like height makes a good relationship.
To be honest, I didn`t even really feel anything real for the guy. He was suitable. He worked. He said all the magical things that rom-com movies are about. When he asked that magical question, it was not even knee dropping, special event. It was more like a business transaction. We should get married for the following reasons, a., b., c. I agreed verbally. In the back of my mind, I was screaming NO! What are you thinking? This is not going to work.
Maybe with those thoughts, I doomed that marriage from the start. Even when the minister was saying the words I could barely hear over my protests, I was thinking, you have not actually said yes yet. You can still escape. I did think that word. Escape. I should have said no. I should not have cowed down to the pressures of what other people deem socially acceptable. I know better now.
If I had to live that portion of my life all over again, I would still make the same mistakes. Otherwise, how could I be the person I am today if I had not traveled down that path. I can now recognize and fully appreciate what it means to be happy. That is a pretty good lesson.
Posted by Jocelynn at 6:20 AM No comments: Links to this post 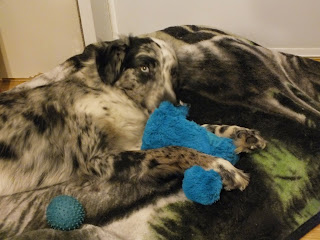 The squeaker in my squeaky is broken. :( 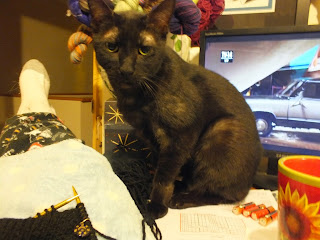 Too much squeaky. I broke it.
Posted by Jocelynn at 9:06 AM No comments: Links to this post